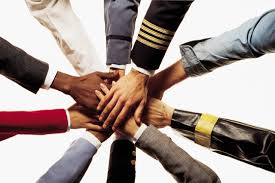 Watching the commercial of Ally Bank where everyone is going to extremes to make sure they get involved when the team is going ALL IN reminds me of how I fell about this country. We have been through the grinder over the last couple years, as it seems we go through every time a presidential election occurs now. Some are overjoyed and some are angry. In 2008 amazingly theses groups were flipped as far as their reaction to the results. I heard from people I work with from both crowds, and I have seen reports on TV and the internet. The results aren't what makes me angry, but people's reaction. You see I am like Ally Bank. I am ALL IN, and I have been that way. The change in who sits at the top of the government can't change that.
If you were in the crowd that said the election is rigged and your person can't win, even though they did end up winning and now you once again believe in the system, guess what you ain't ALL IN. If you have said you are going to leave the country because of who won, which by all means you are free to do now, once again you ain't ALL IN.
So many people want me to be in their party, and I'm telling you to come and join mine. Its a party where we are ALL IN for this country. We believe in its democracy and ideals. We try to help make our towns, communities, and neighborhoods better. We want everyone to be free and prosperous, even those we don't agree with religiously, socially, or politically.
What party am I a part of you ask. Well its no party at all, it's simply called being an American citizen. We are the country not the politicians. This nation rises and falls on what the everyday ordinary citizen decides to do. We can go out and make it better or worse. Get ALL IN with me and lets make it better!