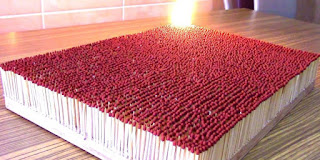 I love music, and I mean Music. I definitely have favorite types, but I love to hear all kinds of music. It can lift me up on a bad day as well as push me through a tough one. It’s hard for me to lift some weights or go for a run without some headphones in my ears. In fact I’m listening to Justin Timberlake and Chris Stapleton’s performance at the CMA’s as I’m writing this. Yes for those wondering I do listen to a little country, but later I might be listening to Sade or Tool. You never know with me, I’m all over the place sometimes. When I’m working on my novels I’m usually listening to classical because it helps me think. If it’s good sounding instruments and singing or just good singing without the instruments or good instruments without the singing it don’t matter. I just want to hear it in my head to help take me away from the world.

You may share my same love of music, and like me it probably has some influence on how you feel and even think. Like me you may have seen people suddenly turn into another person when their jam comes on. The right song at church might have you dancing down the aisles or on your knees crying. A quiet nerdy guy might start break dancing like nobody’s business when Planet Rock comes on. The introvert propped against the wall might suddenly form a mosh pit when they hear some BAD BRAINS. Might not have caught that last one, so look them up. Just recently found out about them myself. Pioneers of hardcore punk music. Anyway, as I was saying music can have an effect on people.

Just how much of an effect does it have though? Can it make you do something you didn’t want to do, or have thoughts that weren’t already in your head? I ask these questions because I have seen music used as an excuse or reason for people committing certain acts over the years. Some kids shoot up the school and it was because they listened to Marilyn Manson. Kids in the inner city join gangs and sell drugs because they listened to NWA. In other words the devil made me do it. I’m sorry but in my opinion this is all a cop out for people and society as a whole not taking responsibility for our actions.

Violence in the inner cities is not because they listen to rap music. If we suddenly took that away it would not solve broken family structure, lack of job opportunities, decades of neglect, cycles of violence, systematic dependence, substandard educational programs and curriculum, and community disengagement.

People who listen to country and western, or jazz, or classical music are not suddenly immune to committing crimes, taking drugs, or doing stupid things. A priest who listens to nothing but church music could be that same one that molested children for fifty years. Maybe, just maybe it’s not the music.

Now music can be a catalyst that starts the reaction. It can be the flame that gets the fire burning, or the fuse that ignites the dynamite. Yet there must be something there. A pile of wood with gasoline on it is a hazard just waiting to become a consuming fire that spreads and destroys everything around it. Do we just let it sit there and hope it doesn’t spontaneously com-bust? Do we try to ban fire so the pile can’t be lit, or do we take action to clean it up and prevent it from forming in the first place so we don’t become collateral damage in the blaze?

At the end of the day it’s people making choices. Choices that can be influenced yes but choices nonetheless. We are not being possessed by a devil when we hear a certain song, though it may seem that way to people around us. Also yes children and people with mental disabilities are more susceptible to influence, and that is another topic I will probably write about at some point. Still if maybe we stop just thinking about the match and focus on the pile we might actually make a real difference. If we invest in children early with education and home environment. If communities decide to work together instead of trying to do it all alone or just worry about our own. If institutions such as churches invest in communities and society instead of getting into politics and trying to build the biggest buildings and have the most ‘Prosperous’ members we might actually make the world a better place.