LET ME SPLAIN THIS (Prejudice & Racism) 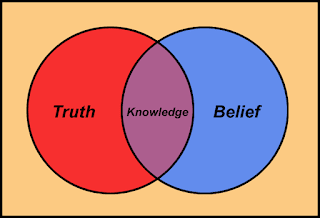 Prejudice - (1) :preconceived judgment or opinion (2) :an adverse opinion or leaning formed without just grounds or before sufficient knowledge

Racism - (1) :a belief that race is the primary determinant of human traits and capacities and that racial differences produce an inherent superiority of a particular race (2) :racial prejudice or discrimination

**I hope you have taken time to read the definitions. Do not read any further if you have not read them at least twice and given yourself a few moments to reflect. You can also follow the links to get the full definitions, usage, and backgrounds of each word.

Good now let me first say that I am writing this because I think we get so caught up in wanting to be for our side and against some other side that we haphazardly throw out terms.We even try to equate and make things fit into terms that just don't when you look at the definitions. I was going to throw out some examples, but I don't want to get political. This is a post of personal observation and not intended to point fingers at anyone. Except myself because I have fallen into this trap before.

I have been guilty of being prejudice about a number of things. If people want personal examples, let me know and I will gladly write a whole post of examples. Suffice it to say I am aware that I got flaws, but am always open if people see more than I do so please let me know. I strive to be a better person and overcome my ignorance by gaining knowledge and leaning not to my own understanding, but trusting in his word.

SO LET ME SPLAIN THIS! I personally feel that it is very human to be Prejudice, and all are guilty if they actually looked at their lives. The thing that turns it into something further is when you don't try to gain knowledge. You end up going further down the path of ignorance. That path can lead to things such as Racism if you are not careful, and before people think I only mean white people, no I am talking about ALL PEOPLE!

It can be so easy for any of us to discriminate against someone without even knowing it. So easy to say that a person is stupid or even a thug because they got cornrows or locks, a libertard because they want to protect animals and the environment, has no values or morals because their from 'the city'. So easy to say someone is a dumb hillbilly cause they wear overalls or hunting clothes, a gun nut psychopath because they have firearms, or even a backwards bumpkin because they live in the country. So easy to discount someone's opinion or undervalue the work they do because of our own preconceived ideas of who they are. Even easy to criticize one and look the other way on another, or reward one and ignore another, doing the same things.

It is about time we decide if we want to continue living in the dark cloudy world of ignorance or take the time to gain knowledge and actually get to know one another. Its time to stop just BELIEVING. Its time to actually learn TRUTH and finally gain KNOWLEDGE.

UN-CLOUD YOUR MINDS, GET THE KNOWLEDGE!