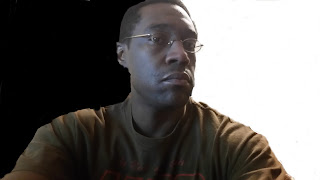 So I was thinking about something I watched on TV more than a decade ago. I was watching this telethon raising money for victims of hurricane Katrina. Mike Myers was encouraging people to donate, and beside him was Kanye West supposedly doing the same. I say supposedly for Kanye because instead of sticking to the plan he decided to suddenly say "Bush doesn't like black people" stunning everyone including me and Mike Myers. Mr. Myers tried to keep it together, but that first look he gave Kanye was priceless. Kanye proceeded to go off on a tangent talking about his accountant or something, and finally they cut to someone else not on stage. That person wasn't prepared nor was the telethon prepared. We the audience were not prepared at the time.
Sometime later Mr. West is in the spotlight for interrupting Taylor Swift at an awards show to say Beyonce should have won. He showed a lack of class and respect for someone having their moment, and again many weren't prepared. He would also over the years complain and cry about not winning awards for himself, and constantly talk about how he is a genius. Still some were not prepared.
Flash forward to today and he is in the news for supporting Donald Trump and conservative people. Now some people are painting him as a traitor, while others are embracing him. My question is, how can he have been in the public spotlight for like twenty years and still people are unprepared!
I will tell you why, and its the same reason why other people are in high places they shouldn't be. We are not prepared because we have sold ourselves out to this world. When we should be embracing the humble and the generous we instead exalt arrogant, pompous, selfish, and self centered people like Kanye West. You see it only took me seeing him take jabs at president Bush when he was supposed to be raising money for those in need to see the kind of person he is, and over the years he has done nothing to change my mind. Yet people are still shocked by the things he says, thinking he has changed sides. He has never changed sides cause the only side he is on is his, it has and will always be about him.
When are we going to wake up and embrace and exalt those that care more about the community, society, and helping people, than about making themselves rich and famous. When are we going to let the world know that people like Kanye West, and those who are suddenly his fans, are not to be idealized and listened to, no matter if they say something you might agree with. They will just say something different tomorrow, anything for attention. They are not your friends, and if you are a humble generous person, they are not like you so stop pretending they are. There are people out there that are living a life devoted to helping this world. Their heart beats to help others all the time not just when cameras are on or because it will win them votes or make them famous.
Its time that we stop selling ourselves out and following selfish and stupid people because they do or say one thing we like, but overall they offer little to nothing to this world. They lie, cheat, steal, and step on people so they can exalt themselves and we just keep supporting them because they are our color, political party, or because we just want to be them. Why don't we support people who are actually making a difference in this world. The people who choose to live and follow the ways and will of the Father. Not famous loud mouths, greedy rich people, controversial talking politicians and pundits, or people who are all that in one.