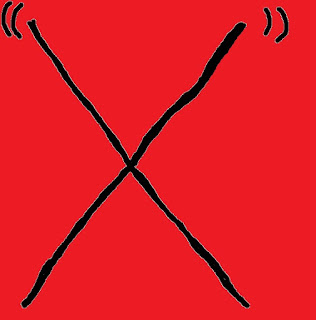 Somewhere around early the early two thousands or actually late nineties people started talking about "Ride or Die". I think it might have started as an expression for people in the biker lifestyle. It probably was used in the past and came back into prominence. Its used now as an expression to say how far you will go for someone or something. Other statements akin to it could be Womb to Tomb, Cradle to Grave, To Hell and Back, Stand by Your Man, All for One and One for All. Maybe the last two are a stretch, but you get what I'm saying.
A person is willing to do "X" for you, which could include a personal sacrifice up to and including them dying or sometimes even killing for you at the extreme. On the lower end of the scale it could just be looking past some of your flaws or faults and treating you like your worth gold or as simple as always answering drunken text and phone calls in the middle of the night. Having someone that you know is there for you and will continue to be despite what life throws at you.
I have been giving some thought to people in my life that say we are friends. They say I'm there for you and I have or will do "X" for you if necessary. Now I am glad that I have people that at least on the surface seem like they will be there for me when times get rough. Not everybody has people in their corner. Some out there know that they have actually been there for me, taking me to my surgeries and back. Even taking leave from work and spending time away from your own family to do so. Putting up with my post surgery still very high self, when you didn't have to, and I will always be grateful. Some people even read my writings and still encourage me, despite how bad they are, and I do appreciate your efforts.
Now here is an observation that I want to share. As I have lived this life I have started to understand that we sometimes do "X" for each other because the other person will do "X" for us as well, and that is easy. I've gotten comfortable in what I have done or am willing to do for people I know. Feeling good about myself like I'm there, and I don't need to do more. The real measure is can we do "X" for someone who doesn't do it back. Can we do it for a stranger. How about someone that doesn't look, talk, or think like you. Yeah your okay with that one guy that isn't like you or isn't part of your family, but what about the countless others out there? Could you imagine if we all were willing to do "X" for everybody, if we would "Ride or Die" for humanity what the world would be like.
So what got me to thinking about this is some conversations I've had lately. I've started to feel like some friends and even family out there believe they are doing a great service by just saying they will do "X" for me or just because they treat me kindly or respectfully or even because were related. Some have even gone as far as saying and believing this act alone makes them okay with a certain group of people or even to a higher extent, with God. Listen I am just me, and saying or even doing for me is not the end, its just the beginning because I'm somebody you know. Somebody that tries to give more than he gets, and is always thankful to people. Don't assume things are great between me and you or you and other associated people because something you have done or think you did for me. Check yourself and reflect on how you think about, what you've said about, and how you treat all people, not just me.
As I end this thought let me say I am not advocating the negative ideas around some of the sayings I used. Please do not put up with someone living a life contrary to Jesus teachings just because of valued friendship. Real friends care enough to question, not just sit by and watch each other go down a bad path. Its not just the ride and then death, but care about what comes after.
Also when I say "X" I mean helping and giving, doing positive things. I have known people who would share the last bit of food they had with a stranger, and I am saying I need to get to that kind of place in my personal walk. For those who believe you know that someone came and gave everything for people who are completely undeserving, and we need to strive to follow that example.

Thank you as always to those who read my ramblings!