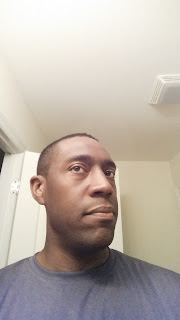 *So I wrote this last year and didn't release it. Thought I might post it and see what people think.

Let me drop a little math real quick, so maybe some people out there can better understand a few of my realities. I'm making this about race, but this is in fact the reality for many people for a variety of reasons beyond just race. When you are a minority in whatever sense of the word this is what you are up against.

So I live in Rhea County TN and here are is a little breakdown of the population taken from Census Data:
https://www.census.gov/quickfacts/rheacountytennessee

**Note the estimates go over 100%. You can go to the site and see that the way people identify as White/Hispanic and more than one race seems to cause discrepancies. These are estimates, so take it at that.

This is just a hypothetical, but I'm using it to illustrate a point about being in the minority. You wield little power and if even a small percentage of the majority decides to do whatever to you, your outnumbered. The only remedy is if that small percentage is checked or stopped. Now I have related some instances to people before were I was in places that I could have been in danger just because of my race. I survived, and in some ways continue to survive such places, and I always hope maybe meeting me had an impact on peoples preconceived notions. Yet what really needs to put the small percentage in check is the large percentage, but they for whatever reason stay in the background remaining silent. Silent when a family member or friend says and does things against minorities. Stands by while people at work spew hatred for certain people and defend the words and actions of others who do the same, but suddenly want to silence any talk against the people in power they hold dear. I am speaking nicely but the few people who read this will now what I meant by my last sentence.
I wrote this just to encourage the large percentage to do what is right. People see situations and they just turn a blind eye. They know something is wrong and they don't speak up. They are the majority, they are part of the large percentage and they cower to the small percentage. For me I am not afraid to speak against whatever, but my voice will be shouted down by the small percentage unless some of the large percentage joins me. So I say to them next time hatred and division is being spewed, join in the voices encouraging love and unity! DON'T BE AFRAID!!!