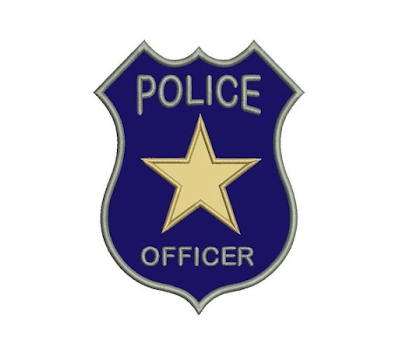 Continuing on the theme of failure I wanted to share some thoughts on the police. Now this is not going to be about getting rid of the police, cause I don't believe that is the right thing to do, nor is it going to be some justification that everything they do is right, cause I know from my time as a police officer that that isn't true. What I want is to hopefully get people to take a step back and look at some of the situations in the last year in particular and give thought to how we can do things better.

So I want to talk about what took place at the US Capital recently. People gathered to express their dissatisfaction with the results of the 2020 election and their support of the president. This is fine, a legally protected right under the constitution. You may not agree with those gathered or the message, but it is their right just like if BLM wants to gather or the million man march, or even shockingly if the KKK wants to gather. In my opinion some of the groups listed exist only because we as a society have failed, but that's not what the focus of this post. The failure of law enforcement in this situation is the focus. They were completely unprepared for the situation and that is because of failures on many levels. I never want to see my brothers and sisters in law enforcement attacked and it was even more distressing because people who supposedly love law enforcement and are for law and order were the attackers. Better preparation and planning should have eliminated this threat, and it is becoming apparent that the failure there goes above the level of the brave officers who put their lives on the line standing against the chaos. Leadership was lacking as it always is unfortunately in these situations, and that failure is a consistent theme in what happened in Seattle, Portland, and other cities in 2020. I want to stay focused on the Capital though. I saw video and pictures of people with weapons in their hands and busting glass. Also disturbing I saw police by themselves running for their lives, while some officers were opening up barricades and stepping aside as a mob dictated their unlawful intentions to them.

So what was the point of this 'insurrection', what did it accomplish? Congress still met later and certified the election. People were put in danger, some lost their lives, property was destroyed, America's image was tainted, all for what? Nothing is for what. The same as it is when the people in Seattle created CHAZ. The same as when protest turn into burning down the neighborhood AutoZone or Wendy's. Disrupting things so you could express your anger and defiance like a bunch of little screaming children throwing a temper tantrum. Its time to grow up and figure out how to be rational adults who can sit down and work out issues.

Look, working protest is difficult. Being a cop in general is difficult and you don't get paid nearly enough for what you have to go through. I am speaking this from the heart and personal experience in these matters. That being said I can't ignore the contrast between this situation and when other groups have gathered in DC. Earlier this year police and the national guard were unified in maintaining order and stopping groups from trying to carry out uncivil intentions. They even used possibly more force than was necessary, potentially for shock value, and so that a photo op could occur. I did not witness the same level of authority in the situation at the capital. People were allowed to make a mockery of one of the cornerstones of our democracy, and some of them had intentions of doing far worse. I am thankful that the loss of life was not greater. I am sorrowful that a woman was shot, a woman, that by witness accounts I have heard so far, was not threatening anyone at the time. A veteran of our armed forces that was at the minimum trespassing or being disorderly and didn't need to die over that.

When I call out the failure of Law Enforcement, I am not just calling out police. They are people as we are people, and as they fail we fail as well. Part of society wants to believe they do not have to respect and obey the law, and whoever is telling them this is a part of the problem. There are some in Law Enforcement that believe the law applies differently to different people and whoever taught them that is a part of the problem. I was brought up to obey the law and respect the police. Even when I was harassed and racially profiled by law enforcement several times growing up, I held to that standard. I was also brought up to act professionally at my job and treat all people fairly. So when I was a cop and had to deal with many unruly and disrespectful people, I continued to hold to that standard.

Now I will admit to having bias when I was a police officer, which affected me whether subtly or overtly and whether I realized it at the time or not at the time. When some rich or seemingly privileged person had attitude I definitely was ready to come back with authority and no mercy. I arrested a rich guy one time for (DUI and leaving the scene of an accident), and as he cried and begged me not to arrest him, even trying to bribe me at one point, I had zero compassion in that moment. His tears only fueled my self righteous attitude and justified my bias against those I perceived to have an unfair and easier time in life than I did. You see I was wrong in my attitude. How I felt, who I was in that moment is not how a follower of Christ thinks and behaves. This man was guilty and I arrested him with proper force, but with time I self assessed that if I didn't work to change my bias it could turn into something destructive or even deadly. I could have failed to enforce the law fairly. I could have easily began to ignore what some people did and focus intently on those who I had hate for in my heart. I unfortunately see that same failure of mindset in situations where cops, or citizens even, have gone too far in the last year. Ahmaud Arbery and George Floyd didn't need to die. Even if they had committed the minor crimes they were accused of, they didn't need to lose their lives. Bias in people's heart led to their deaths, and I thank God that I was not in a situation where my bias could have caused me to take a life when it wasn't necessary.

Its time for us as a society to be better so Law Enforcement can be better. We all need to respect the law and those who enforce it, just as they need to respect us and the laws need to be enforced equally. I'm going to start sounding like a broken record, but I'm going to say again that the solution is to truly let Jesus into your heart. That bias can go away when you start to believe him when he says you need to "love thy neighbor as thyself" and that you should "pray for enemies" instead of hating them. When we all start to live for him we won't have to worry about failure because the victory is already won.