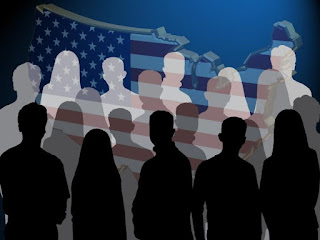 So its been a while since I posted anything, but this week I had a conversation that got me to thinking. Thinking about my past and present, and how in some ways its more of the same. Let me first say that this is my opinion based on my personal observations. I will be referring to things that have happened to me or I observed happening in others, and may not be necessarily happening currently.
You see I have been "unique" among those I have worked with and lived around for a lot of my life. This uniqueness extends beyond race to lifestyle choices, religion, social life, but racial difference is usually an easily identifiable thing. Its no secret that where I live and work, the minority population is very small. On its face that doesn't have to mean anything since we are all just people, but we all know the truth that we haven't quite reached that point as a society. Hopefully we will though!
So lets get to the story. A person was telling me about the hiring practices of a certain company. They said the new hiring group had to be 10% minorities, which includes women as a minority group. They also stated that a certain percentage, which I have forgotten, had to be veterans. Now I was unaware that the company had laws or rules that said this, but he told me it was more of an internal policy. He also said that as far as veterans the percentage was to qualify for financial incentives from the government. There also could be incentives for minorities, but he did not state that. I just wanted to mention the part about veterans to give full context of the conversation and how incentives could influence policy.
Now let me first say that I am unaware of any of this being written policy for that company. I am very glad though that the person brought the subject up in a completely legit and intelligent manner. Diversity in the workplace is something that can be debated on its merits. The company promoting it to gain incentives is also something that can be debated on its merits as well.
What I want to share today though is how most of the time unfortunately the subject is not approached in this manner. Instead things are said like "More of you guys should apply because they have to hire y'all" or "They only have a job here because the company had to meet their quota" or even "You are good, for a black employee". Firstly, whether those are true things or not has no bearing on what I am about to say. You see its the mindset, only focusing on those types of statements, that is the heart of the matter. It can easily lead one down a path to believing a person is undeserving or even less deserving than you are of what they have. When you think someone is maybe undeserving of their job you are going to see them and anything they do in a certain light. Every minor mistake will be a major issue, every accomplishment will be just doing their job or only noteworthy compared to other minorities. We will criticize them more and thank them less. They have no right to bring up concerns about situations because they shouldn't complain since they should feel fortunate to have the job anyway. Anything they say is just whining and not legitimate.
These attitudes can lead to less opportunities for advancement or promotions to other positions for certain people, affecting their finances and in turn their family. It can also lead to hostile work environments where people are or at least feel mistreated, affecting their mental and physical health, and in turn their family life due to stress and anxiety.
This is the way of people, and I am speaking as someone who has thought this way and been thought of in this way, just a minority. I am as to blame for giving in to such notions as much as anybody else, but I am trying to be better and wrote this to encourage people to do the same. Its one thing if someone is actually not qualified for a job, and can't do it well, but all together different if they meet or exceed the qualifications and perform just as well or better than everyone else. Lets all try and see what people do and judge them by those actions and results without preconceived notions. We are all more than just a minority, more than just diversity and inclusion. Look at everyone as just people, not percentages.